Both of you should find training enjoyable, gratifying, and satisfying. Regardless of whether you’re teaching your puppy or dog a new skill or focusing on good manners, there are certain fundamental principles you should follow.

You should pay attention to what your dog is telling you:

Learn to pay attention to what your dog has to say. Do not force your dog to walk up to another dog, animal, or human if he seems uncomfortable doing so. The fact that he has expressed his discomfort to you should be taken into consideration. Forcing the situation may frequently lead to more serious issues in the future.

Do not limit your affection:

Most individuals don’t mind expressing their displeasure with their pets in a direct manner, but they tend to overlook the positive aspects of their relationship. That was a huge oversight! Give your dog plenty of praise when he’s doing good. Do not fail to acknowledge his excellent behaviour. During this period, provide more than usual in terms of your time, attention, and praise. Even if you go a bit overboard, that’s OK.

Say exactly what you want him to do:

Telling your dog “no” is perfectly OK, as long as you make sure he understands what you mean. Rather than telling your puppy no, explain what you want him to do. For this reason, if your dog approaches someone to say hello and you say no, he may leap higher or to the left rather than the right. Telling him to sit might be preferable. To prevent any misunderstandings, make sure you communicate your expectations to him up front.

Be Consistent in Your approach:

When you’re working with your dog, engage as many family members as possible so that everyone is on the same page. Someone else can let him hang out on the sofa while warning him “off” when he climbs on it, so how will your dog learn what you want if you just say “down” when he does it? Your ability to succeed will be determined by your ability to maintain consistency.

It takes time to alter a dog’s habits. You must be realistic about your dog’s behaviour and the time it will take to alter unwanted habits. Barking, digging, and leaping are among the most time-consuming canine activities. You should also think about how long your dog has practiced the habit. If, for example, you let your dog’s greeting habit of jumping up on people for seven years before deciding that you no longer want him to do so, it will take much longer to remove the behaviour than if you had addressed it when he was a puppy. Remember, it’s never too late to make a behavioural adjustment; some people simply take longer than others.

Remember, you get what you practise, not what you want:

When your dog does something you don’t like, it’s quite likely that it has been reinforced in the past. A good illustration is when your dog brings you a toy and barks at you until you toss it. You’re the one who’s hurling the object. Your dog has just recently discovered that barking will persuade you to do what he wants. As soon as you say “no,” he starts barking even louder. You have no right to give up and toss the item away at this point!! Why? Because you would have shown to him the value of perseverance. You’ll soon have a dog that barks nonstop whenever he needs anything. What is the solution? Before you toss his toy, ignore his barking or ask him to do something for you (like “lay down”). 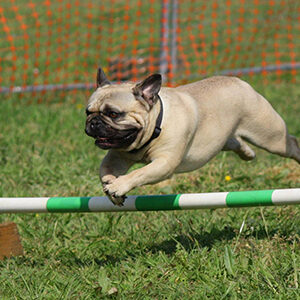 Why Training Your Dog Is Crucial

Why Training Your Dog Is Crucial. Your relatives have been pleading with you for months to get them a dog. … 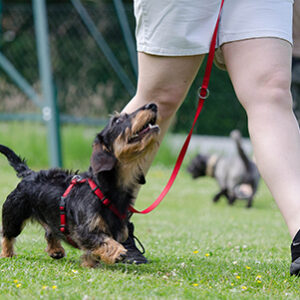 Training your dog via positive encouragement

There are six advantages to training your dog via positive encouragement. There are many who feel that positive reinforcement dog …

We use cookies on our website to give you the most relevant experience by remembering your preferences and repeat visits. By clicking “Accept”, you consent to the use of ALL the cookies.
Do not sell my personal information.
Cookie SettingsAccept
Manage consent

This website uses cookies to improve your experience while you navigate through the website. Out of these, the cookies that are categorized as necessary are stored on your browser as they are essential for the working of basic functionalities of the website. We also use third-party cookies that help us analyze and understand how you use this website. These cookies will be stored in your browser only with your consent. You also have the option to opt-out of these cookies. But opting out of some of these cookies may affect your browsing experience.
Necessary Always Enabled
Necessary cookies are absolutely essential for the website to function properly. These cookies ensure basic functionalities and security features of the website, anonymously.
Functional
Functional cookies help to perform certain functionalities like sharing the content of the website on social media platforms, collect feedbacks, and other third-party features.
Performance
Performance cookies are used to understand and analyze the key performance indexes of the website which helps in delivering a better user experience for the visitors.
Analytics
Analytical cookies are used to understand how visitors interact with the website. These cookies help provide information on metrics the number of visitors, bounce rate, traffic source, etc.
Advertisement
Advertisement cookies are used to provide visitors with relevant ads and marketing campaigns. These cookies track visitors across websites and collect information to provide customized ads.
Others
Other uncategorized cookies are those that are being analyzed and have not been classified into a category as yet.
SAVE & ACCEPT
Powered by